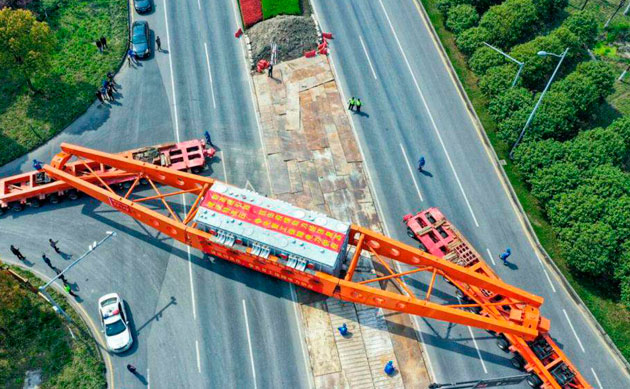 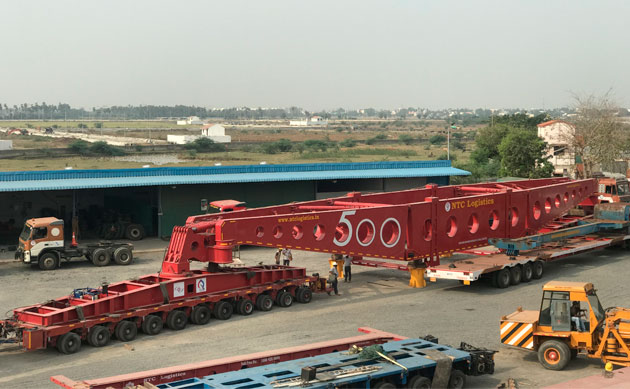 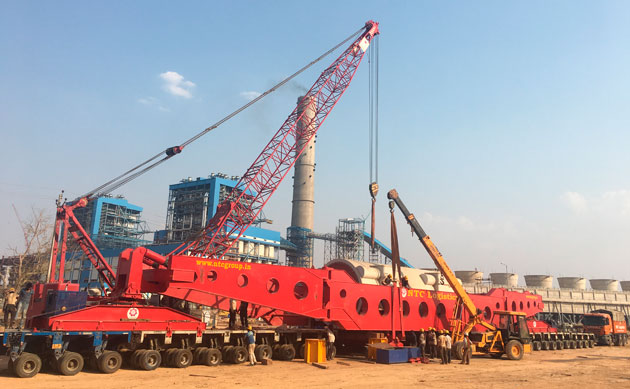 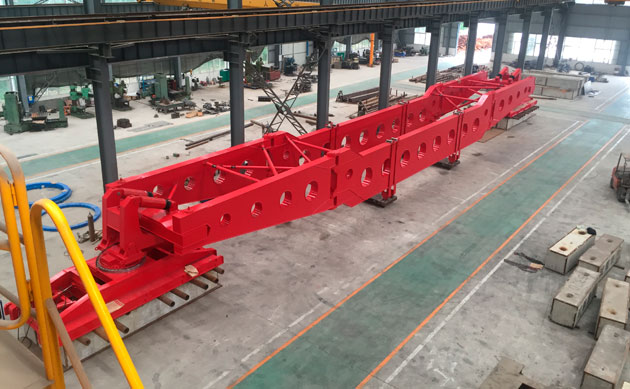 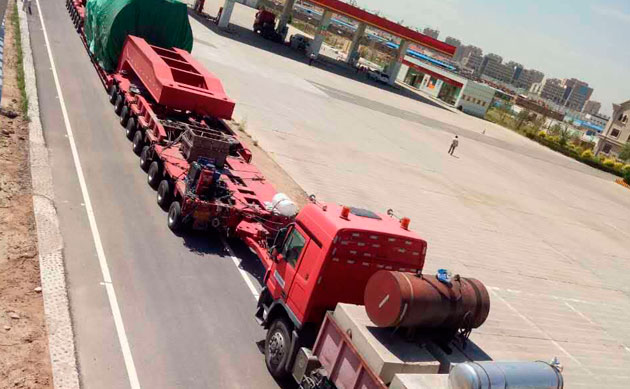 Girder Bridge Trailer is an indispensable category in the field of heavy cargo transportation. With the development of industry, especially the vigorous rise of heavy industries such as the chemical industry, nuclear power, and metallurgy, the construction of super mega equipment has become more and more common. Generally speaking, a modular trailer or SPMT (self-propelled modular transporter) can be used to transport such super mega parts, but it may not be suitable under certain circumstances, such as ground clearance height limit requirements during transportation. At this time, the girder bridge trailer is needed. 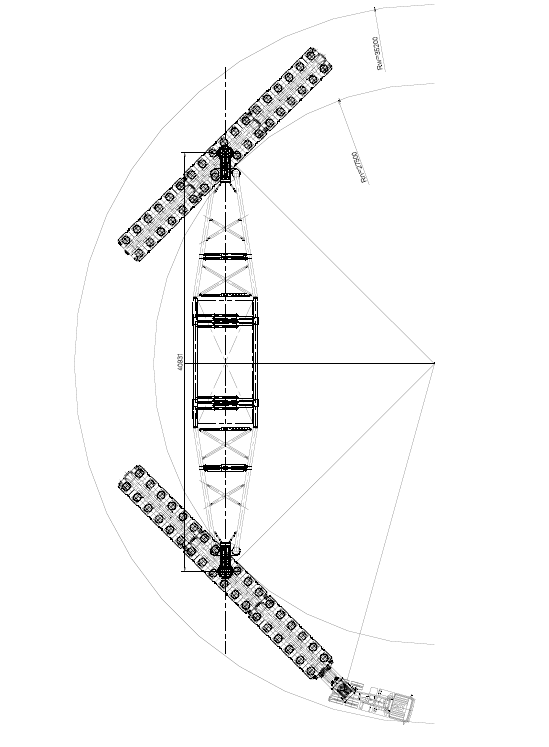 The basic structure of the Girder Bridge Trailer is to bridge the beam frame for the load on the front and rear separated transport modules. The transport objects are "lifted" by the beam, and the load is transmitted to the front and rear multi-axle transport modules through the base of the beam frame, so as to realize load sharing. Since there is no wheel limit below the bearing surface of the beam frame, the height of the overall transport can be controlled very low, or even directly lowered to the ground, which is very favorable for some occasions requiring transport height; The loading and unloading of goods by Girder Bridge Trailer are very convenient and safe, and some types can be realized by their own functions without the assistance of lifting equipment; In addition, the steering structure of the split transport vehicle is also very flexible. Even if the total length of the vehicle is very long, it is not laborious when turning at a large angle.

The development of Girder Bridge Trailer has been quite mature, and the forms have differentiated into many different types, but they can be divided into the following four types. 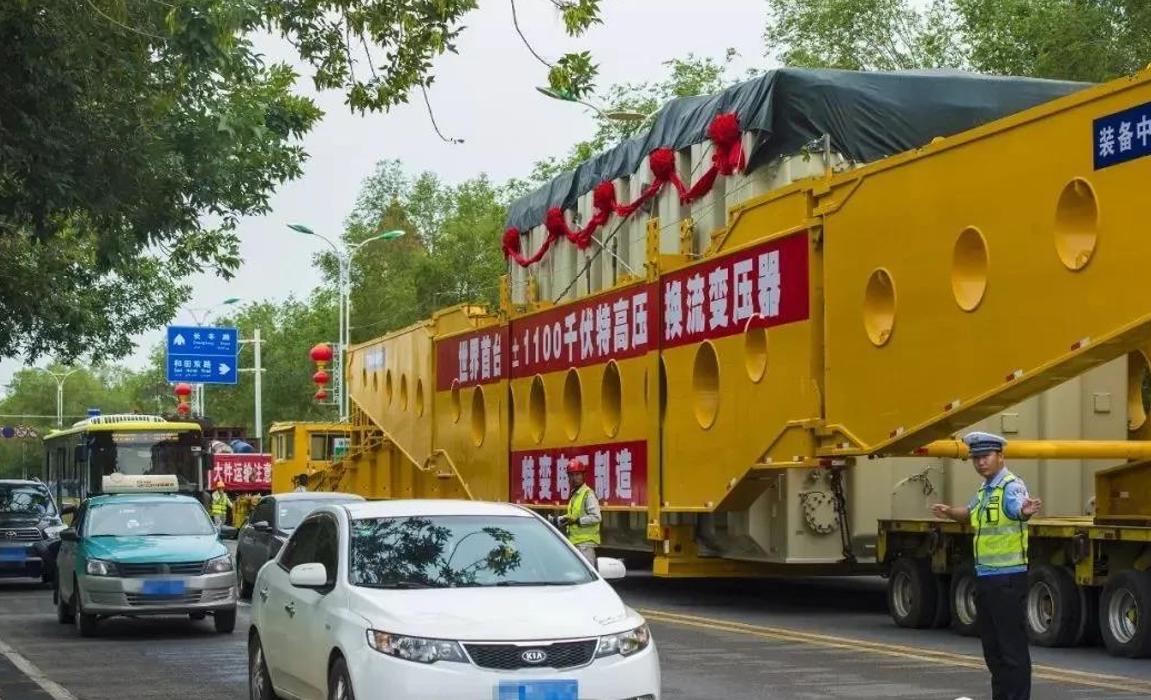 The third is a high girder bridge. The load area of the beam frame in the girder bridge trailer is higher than the first two. The hanging belt fixed on the main beam is used to carry the load from the bottom of the transportation.  And the transportation is basically wrapped in the middle, and the protection safety of the side is better.

The latter three of the above four types can complete the loading and unloading of goods without the help of a crane, which is safe and fast.

Contact Rui Trailer
Welcome to leave your inquiry here. We will provide more details, price, catalog, drawing, videos for you on this heavy duty trailer! 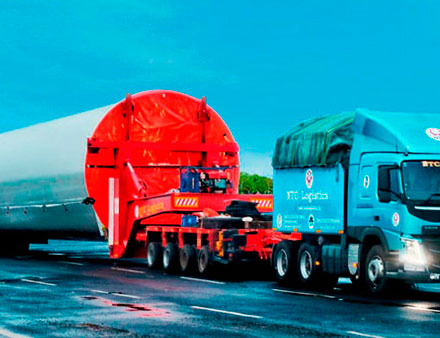 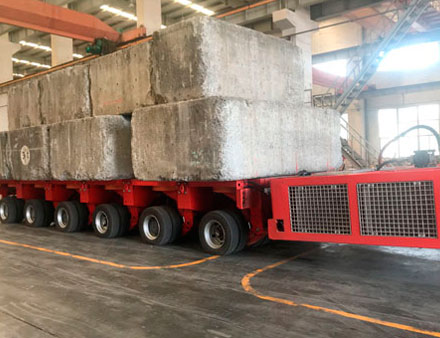 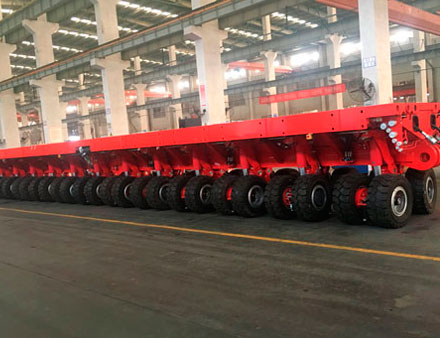